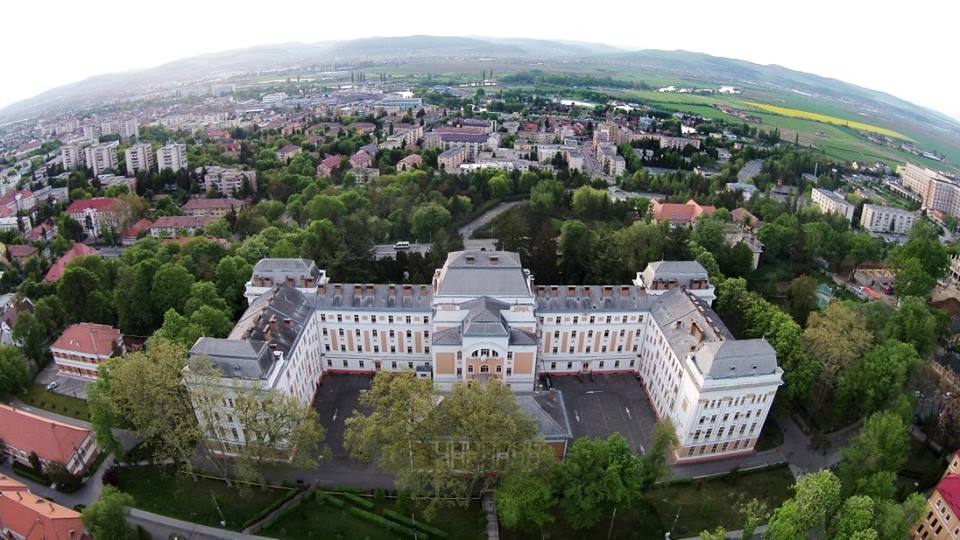 According to it, foreign students who want to know in advance if their application is successful, before other universities launch their own proceedings, are now able to access the site www.umftgm.ro (available in English and Hungarian) and discover the early admission procedure. According to the schedule, registration will begin on 1 March and will run until the end of the month (31 March), followed by the interviews, between 4-15 April. The final results will be announced on 22 April. The next steps towards becoming a student at UMF Tirgu Mures will be the payment of the fee and submission of the documents which are necessary for issuing the letter of acceptance (31 July).  Basically, students have the opportunity of going through all the application and admission steps, and this will not affect their chances to apply to other universities.

But early admission is only part of the admissions process for foreign students, because the period between 3 May and 29 July is dedicated to the requests for admission to the regular admission procedure. This means that those who have not complied with the deadlines for early admission have another chance to come to Tirgu Mures. All information related to early and regular admission can be found at www.umftgm.ro and within the description of the procedure you can also find links to the required documentation, the online forms that are necessary for registration, as well as the brochures “Studying Medicine and Pharmacy in Tirgu Mures” and “10 Reasons to Choose our University.”

Early admission – the perfect solution from Germany to Nepal

Frederik Laier, a German student at the Faculty of Medicine at UMF Tirgu Mures has told us that “I came to UMF after a thorough research made on the Internet, when I discovered umftgm.ro and I obtained the necessary information from the site. On the UMF site I also found a brochure, “10 Reasons,” which I liked very much, and afterwards I continued my search for information about UMF Tirgu Mures on youth forums, where young German students recount their experiences and life in universities outside Germany. Lastly, we obtained information about the university from students in senior years.” As regards the procedure for early admission, Frederick confessed that “the first direct contact with UMF Tirgu Mures was through the UMF site where I completed the online admission forms, which I thought were very well structured and complete in terms of information content. Then I contacted the Dean of the Faculty of Medicine and continued the correspondence on administrative matters.”

Sumit Yadav comes from Nepal and loves Tirgu Mures: “I started my search for offers of universities in Europe during the 13th grade at high-school, but I realized that it would be very difficult because of the teaching language, other than English. Then I narrowed down the search to countries and universities where the courses are taught in English, I studied the education offer in Croatia and other countries, until I got to Romania. I noticed that in Romania there are many students from Germany, particularly in Cluj Napoca and Bucharest. But I began to look into the study offer as well, to compare universities, and I reached the conclusion that the best option for me was Tirgu Mures.”

When asked “How did you decide to come to UMF Tirgu Mures?”, Sumit surprised us a little: “I saw that Tirgu Mures is a very beautiful city and I decided to visit the city and I tell you frankly that the first ‘direct’ contact with it was when I visited the university. I also applied online within the early admission procedure, but I wanted to see for myself how UMF Tirgu Mures is. Then, after all the procedures were completed, I had to wait for the results, and it was the longest month of my life, at the end of which I found out I was accepted.”

UMF Tirgu Mures in direct competition with universities in Italy

I had one of the most interesting discussions the other day with Michela Parente, a young student from the sunny south of Italy, who, before coming to Tirgu Mures, studied medicine in Canada for a year and was accepted by one of the universities of medicine in Italy: “I had heard about UMF Tirgu Mures through a long line of friends, by word of mouth. Yes, really. It had been complete madness until I discovered UMF Tirgu Mures.” But matters become serious when you are faced with the decision that will affect your future: “I really like it here, and I can prove it by the fact that, subsequent to the date of my arrival in Tirgu Mures to start my studies, I received the acceptance letter from another medical school in Italy. But I chose Tirgu Mures. That university in Italy does not have a campus like this one here, does not have such imposing buildings or such a pleasant study atmosphere.  In that university in Italy, there are no laboratories, no pool, and the choice was quite easy to make. I truly believe that UMF Tirgu Mures has serious advantages.”

And since a university cannot be categorized as serious by considering just its material aspect, Michela offers us more details: “Probably the best thing here is the educational process: we are divided into small groups of 8-10 students and this is very important for a thorough learning of various techniques, the study of certain procedures, etc. And the atmosphere within a group of foreign students is wonderful.” This aspect has also been mentioned to us by Benedikt Wagner, Germany: “I think the most beautiful moment so far was when I found out that I took the first exam, it was a great feeling, I would say one of unbelievable joy. Then I had another great experience when I first entered the hospital and saw the first consultations of patients. As you may know, in Germany this is not even possible for medical students in the early years of medical school.” Frederick Laier, who is also the leader of the first year foreign students at UMF Tirgu Mures confirms: “I think the most important thing I have discovered at UMF Tirgu Mureş is the direct access to patients and the practical experience you can acquire during the early years of study. In Germany, this is not possible in the first five years of study, but here the link between the hospital and the university professors is extremely tight and it gives us, the students, the opportunity to interact with life and with the real challenges of a doctor in the early years of study.”

In conclusion, we will let Jennifer Messner, first year medical student, to share her opinion about Tirgu Mures with us: “I’m lovin’ it! It is the easiest way to express how I feel here. I like the Romanian people, I like the places, I love the fact that people try hard to communicate with us, even if we do not speak Romanian, I like the atmosphere, the community, the collaboration with other foreign students and the atmosphere is wonderful. And I would also like to mention that “Freshman Week” was extremely successful and, to us, an unprecedented experience!”

The University of Medicine and Pharmacy of Tirgu Mures can be contacted via www.umftgm.ro or email:  grosan.dan@umftgm.ro, or directly at +40265215551, extension 173. The Public Relations Office can be contacted at the same number, extension 259, email comunicare@umftgm.ro.